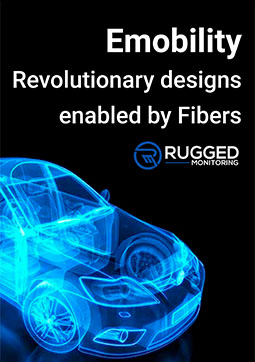 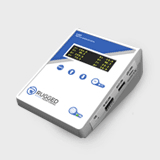 What is Laser Ablation?

In our previous blog on ablation, we looked at Radio Frequency Ablation (RFA), in this blog, we will look at Laser Ablation (LA).  In LA , laser beams are used to treat of unwanted cells or tissue. This is beneficial as it allows the medical professional to have control of the output energy of the device and the ability to control energy dissipation and the heat-affected zone. Similar procedure is used for LASIK, skin resurfacing, cavity preparation, removal of varicose veins, epilepsy procedures, and removal of various types of tumors.  For laser ablation to be performed, an image guided catheter and a laser tip is necessary. This procedure uses a heat from a pulsed laser beam to remove atoms from a solid by irradiating it. The zone where ablation is performed reaches vaporization shortly after the surgery has ended, allowing for ablated particles to evaporate from the surface. This promotes the removal of unwanted cells.

Even though laser ablation is safer than traditional surgery to treat such conditions, there are still complications that can result from this procedure. Some complications that can occur are infections, inflammation, burns in the region where the procedure was performed. In addition to these complications, some rare challenges include heat damage to nerves, swelling of veins, and pulmonary embolisms because of deep vein thrombosis. Many of these complications are a result of temperature fluctuation. Temperature rise and diffusion of heat at the zone of surgery are important conditions for the procedure to be performed successfully. Temperature rise specifically is important because the temperature within the region must be closely controlled in order to effectively cause tissue necrosis (tissue death) and avoid the carbonization of surrounding tissue which could cause death of healthy tissue leading to further complications.

It is important to note that LA is performed in Magnetic Resonance (MR) environment, with optical fibers guiding the laser beams. As mentioned in our previous RFA blog, there are image-based temperature sensors like Computed Tomography (CT)  and Magnetic Resonance Imaging (MRI) as well, but they are very expensive and equipment compatibility is a serious limitation. Currently, the Fiber optic sensors (FOS) are widely used because of the MRI compatible instrumentation. There are many technologies in FOS, currently Fluoroptic and Fiber Bragg Grating (FBG) have been used, however there is significant measurement error that is caused by length of the fiber optic probe itself.

The state-of-the-art FOS technology Gallium Arsenide (GaAs)  are not susceptible to measurement errors regardless of the probe length. These sensors are small (200- 500 µm) for easy integration into existing medical equipment with wide temperature measurement range (greater than +/-100 C).

Specifically, in laser ablation procedures, they can help monitor the specific varying temperatures required to target certain malignant cells. This is essential because each type of cell has certain specifications to induce apoptosis-programmed cell death. These specifications include temperature and the persistence of pulses used. Additionally, procedures that require imaging such as MRIs can still be done because of the FOS ability to be resistant to EM (electromagnetic) fields.

The fibers are also biosafe and chemically inert. This allows for drugs and chemicals used in treatments to not be altered to accommodate fiber monitoring. They also respond to rapid changes in the local environment, which is about 30ms without compromising on the accuracy of the reading ( +/ 0.2 C).These advantages makes them highly coveted in laser ablation therapy and increases the effectiveness of treatment for patients.

Rugged Monitoring (RM) has developed LSENS-B in collaboration with customers to specifically address the measurement errors and specific laser configurations. RM understands that advance research applications demand high sampling  rate( ~30ms) and LSENS-B was developed keeping this in mid. There are several variants of LSENS-B sensors already in the market used by research institutions, surgeons, and equipment manufacturers. RM believes there is no one solution that fits all customers, hence heavily collaborates with the customer to make custom fibers that would easily integrate into existing equipment. To learn more about LSENS-B, please visit the medical solutions.