Volkswagen, Porsche To Recall Around 227,000 cars Over Airbag, Seatbelt Issues

The newspaper said the Tiguan, Sharan and CC models built in 2015 as well as Porsche 911, Boxter, Cayman und Panamera models from 2015 and 2016. It cited Germany's KBA federal motor authority as saying the cars needed an update to the software of the airbag control units.

Early detection always has the advantage of faster recovery. One of such research is succeeded in developing a new imaging system named “DOLPHIN’’ which can detect tiny tumours. This imaging system will help in the early diagnosis of ovarian and various cancers.

The major opinion about technology is its ruined the current generation. There might be a society which is centered around mobile, tablets etc. But there is another society who is solving the fundamental problems with the same technology. Here is the good news for all wheelchair users. #kenguru is designed a first ever electrically powered vehicle especially for wheelchair users which will be available in the UK soon.

Norway's state-owned energy business Statkraft has acquired E-Wald GmbH, a German electric vehicle charging firm. In an announcement Friday, Statkraft said the deal strengthened its position in both the German and European electric vehicle (EV) charging sector. In 2018, the Oslo-headquartered business became a majority shareholder in eeMobility, another German EV charging company. The cost of the E-Wald acquisition was not disclosed in Statkraft's announcement.

State-run Energy Efficiency Services Limited (EESL), which was tasked with procuring 10,000 electric cars for government use, has said that it could procure and deploy only 1,500 cars largely because of the lack of charging stations. The company now plans to address this issue by setting up nearly 1,000 charging stations, and is confident of deploying around 5,000 cars for various government departments by next year.

We are an industry leading team of fiber optic temperature sensor experts with 100+ years of combined experience, and are committed to deliver customizable solutions for challenging applications - RuggedMonitoring. 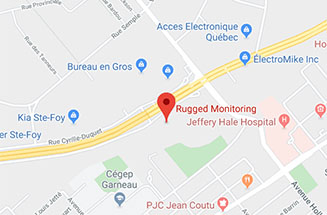